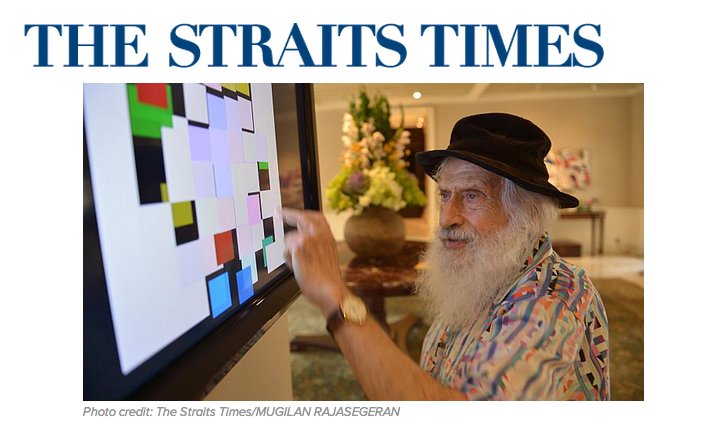 Yaacov Agam marks his 85th birthday in Singapore with an exhibition at Capella Hotel in Sentosa, Singapore.

The Unexpected – Time In Art presents 18 works, a mix of old and new, that show the ease with which he has played with shapes, colours, textures and forms to create art.

His works are in several collections including that of The Guggenheim and he made a stop here en route from Taipei, where the National Taiwan Museum of Fine Arts is showing a retrospective of his works.

His obsession with art, he says as he draws a series of dots, lines and animal forms on a sheet of paper, started after he visited the Lascaux caves in France, which are famous for the Paleolithic paintings on the walls.

The year slips him but it was pretty early in his career and led to an extended exploration of forms over the years. “The most important invention for humanity is art,” he says…read more.