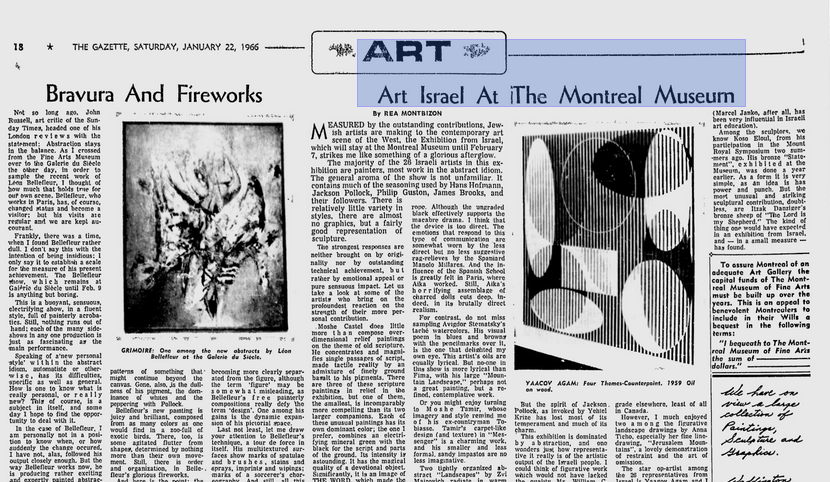 Yaacov Agam‘s artwork is praised in a review of the Exhibition from Israel at the Montreal Museum. He is one of 26 artists included in the exhibition.

“The star op-artist among the 26 representatives from Israel is Yaagov [sic] Agam and I think that his work is quite remarkable. Agam, who is 28, did his clever “Four Themes – Counter Point” as early as 1959, when he was a little over 20. To me, his works suggest a cheerful hint of Da-Da.” — Art Critic Rea Montbizon in her review of the exhibit for the Montreal Gazette, Jan., 22, 1966.

Featured photo: Agam is one of 26 artists to exhibit in Montreal. The Gazette Sunday, Jan. 22, 1966. Retrieved Google-news.