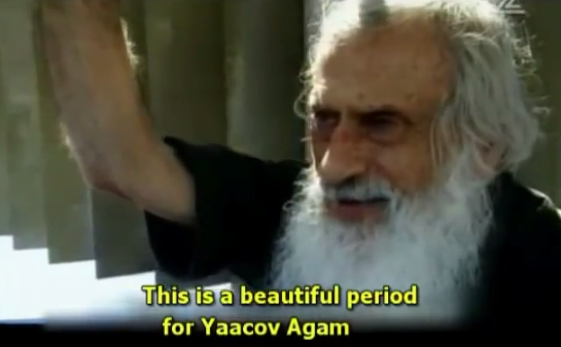 A modern-day Galileo, the 21st Century Rembrandt — as an innovator and artist, Yaacov Agam is compared to historical men of genius like these.

Israel’s most watched news broadcast, Channel 2 News, profiles Agam and his many achievements. From the ongoing restoration of his Fire and Water Fountain in Tel Aviv’s Dizengoff Square, to the re-installation of his work in the Tel Aviv Museum of Art, to the future Agam Museum in Rishon LeZion.

“And Agam, one of the most successful artists in the world, is now again smiling under his beard,” the newscaster says.

One of the most important artists of our time
2011