Yaacov Agam and the Mystical Number “9” 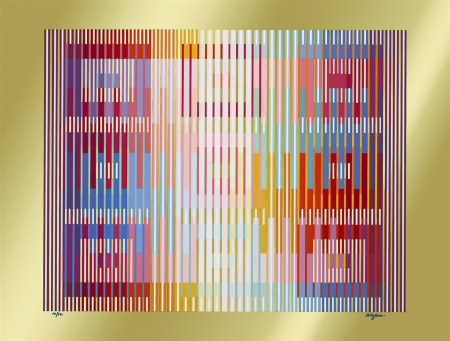 Morris Shapiro from Park West Gallery delves into the Kabbalistic symbolism within Yaacov Agam’s art, specifically the use of the number nine in his pieces. Shapiro explains that in Hebrew, the number nine is both a symbol of life and considered to be somewhat ‘magical.’ Therefore, Agam includes it in his pieces to allow “his works of art to be ‘visual prayers’ or creations which each reflect upon the metaphysical.

“Agam incorporates his Kabbalistic beliefs directly into the physicality (form) of the art he creates.”

“There is not (nor has there ever been) anyone like him as an artist in the world history. This is one of the many reasons why I personally believe he can arguably be considered the most important artist alive in our time.” – Morris Shapiro

Read the post at Shapiro’s retired blog “Who Killed Art.”